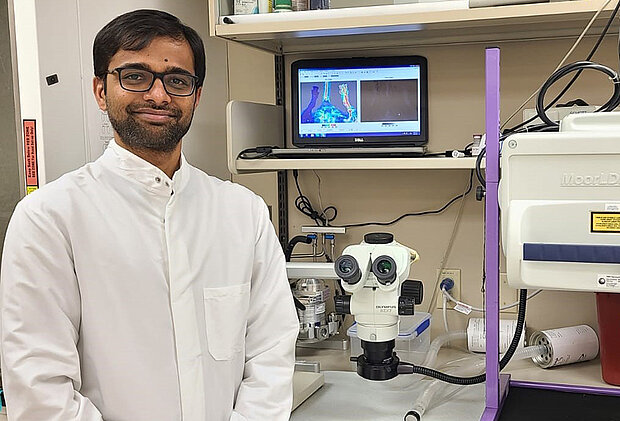 A pair of graduate students in the NDSU pharmaceutical sciences department in the School of Pharmacy have received awards from the American Society for Pharmacology and Experimental Therapeutics.

Kishore Chittimalli received a first-place award for his oral presentation in the ASPET Cardiovascular Pharmacology Trainee Showcase held on April 30. His research focuses on cardiovascular disease.

“Cardiovascular diseases are prevalent in a growing population of elderly individuals. Pharmacological approaches that preserve vascular function and regeneration are of great benefit for preventing ischemic complications and for maintaining functional abilities among older adults,” Chittimalli said.

His research focuses on determining the beneficial effects of a small peptide Angiotensin-(1-7) in a mouse model of aging experiencing critical limb ischemia. Chittimalli’s work showed that the peptide can accelerate vascular regeneration following ischemic insult and rescue limbs from amputations in old mice.

“This protective effect appears to be mediated by reversing pro-inflammatory stress associated with aging. This is very encouraging and strongly supports further development of this approach for the treatment of vascular disease in older adults,” said Chittimalli, who conducts research in the lab of Yagna Jarajapu, associate professor of pharmaceutical sciences.

"Our research focuses on the understanding of blood pressure regulation by the peptide apelin in coronary arteries under hypertensive conditions,” Anto said.

“We anticipate that our research will help us to better understand the safety profile of apelin-based therapies, as well as developing new therapeutic strategies in cardiovascular diseases,” said Anto, who conducts research in the lab of Stephen O’Rourke, professor of pharmaceutical sciences.

As a student focused, land grant, research university, we serve our citizens. 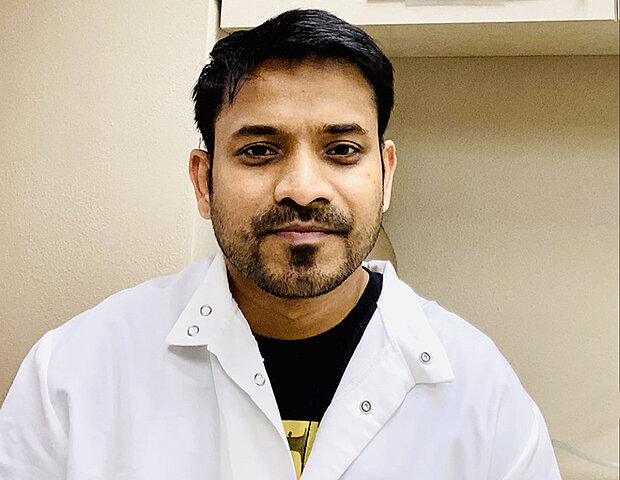