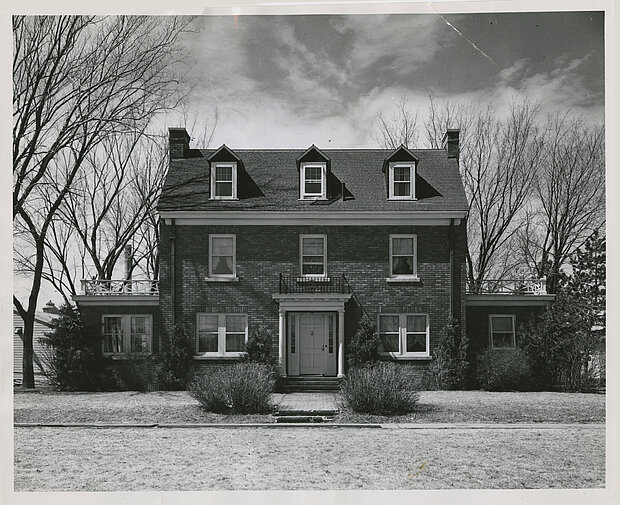 Prairie Public is set to air a new documentary, “The Women of Alba Bales House” Thursday, May 19, at 9 p.m. The project was funded by NDSU Libraries, NDSU College of Human Sciences and Education and the members of Prairie Public.

The documentary features interviews with many women who spent time in the house, commentary from NDSU community members and extensive materials from the NDSU Archives.

Alba Bales was the first female academic dean at what was then called North Dakota Agricultural College.

The house was built in response to the Smith-Hughes Act of 1917, which promoted practical experience for training in home economics. The NDAC Demonstration House—later named the Alba Bales House—was completed in 1923, and was an experimental learning laboratory where students demonstrated their proficiency in all aspects of household management. Home economics students who lived in the Alba Bales House not only contributed to home management, but also to community development, consumer economics and the empowerment of women. The documentary shares the history of the Alba Bales House and stories of the women who once lived there.

You’ll be able to stream on-demand on PBS.org, the PBS Video App, or YouTube after the premiere.